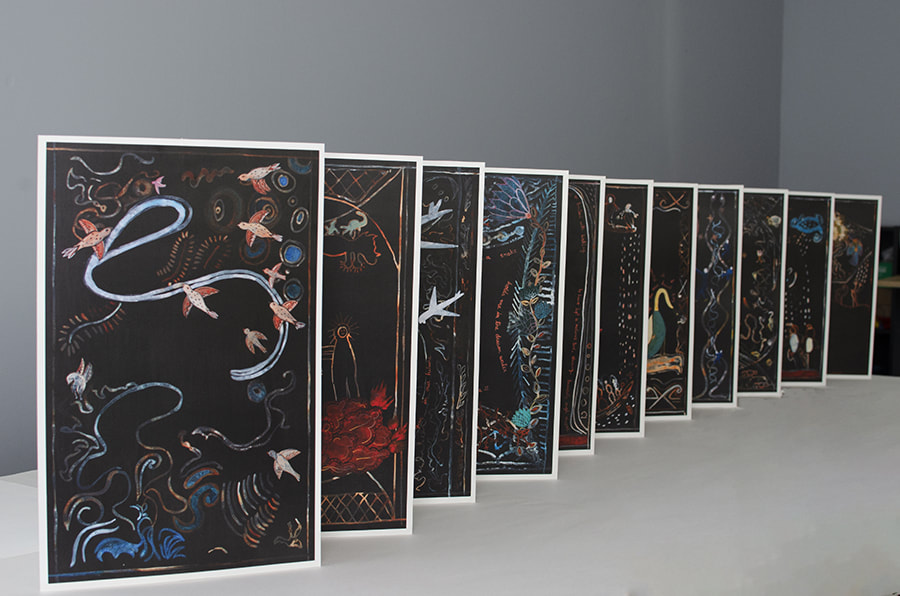 Redolent (2022), Images by Nancy Friedemann-Sánchez & Poems by Farid Matuk
The result of a yearslong collaboration, Redolent draws on resonances across Friedemann-Sánchez’s and Matuk’s independent practices, in which each address the ever-developing legacy of colonization in the Americas, including through personal experiences of migration, Friedemann-Sánchez from Colombia and Matuk from Peru. The poems and images in Redolent build a vocabulary of beauty and violence, where lush flora and fauna are entangled with symbols of surveillance and militarization and where tender expressions of kinship brush against relations of patriarchy and nationhood. Having worked, as Matuk writes, “at the double edge of body and breath...trading image and word until their borders became creases in a folding whole,” the poems and image echo directly at times, while at others, they glean from one another as they move toward their own interests. 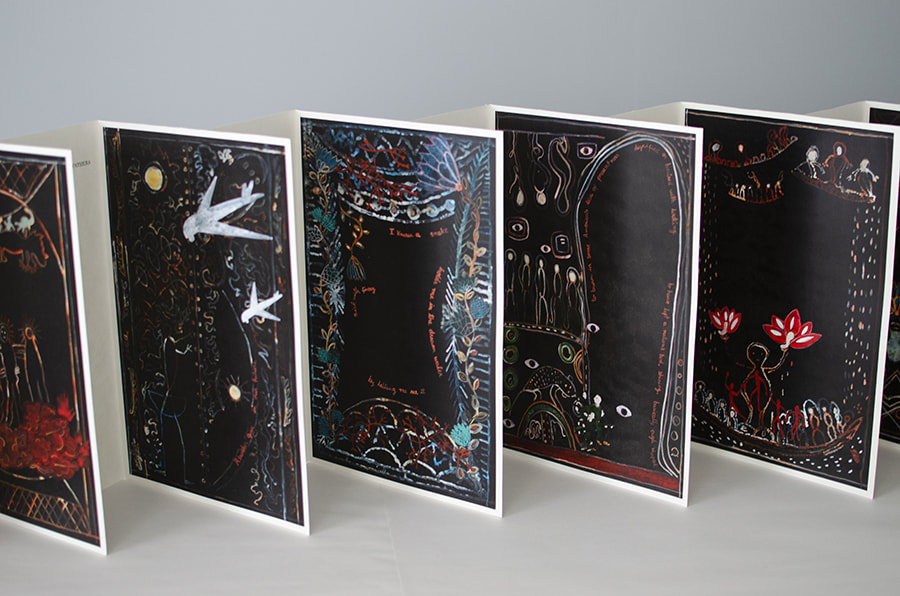 The images in Redolent are one expression of Friedemann-Sánchez’s ongoing research into the precolumbian artisanal practice of Barníz de Pasto (Mopa Mopa), a technique from Putumayo and Nariño regions of Colómbia, designated in 2020 as a UNESCO Intangible Cultural Heritage in Need of Urgent Safeguarding. An indigenous lacquering technique using the resin from the local mopa-mopa tree, Barníz de Pasto objects became prized by Spanish colonists in the 17th and 18th century, as an approximation of lacquered boxes from China and Japan. Friedemann-Sánchez mimics this work using contemporary materials. By doing this, she writes, “I get to the core of something within the past that speaks to our present. The imposition of one culture on another operates as a form of collage itself. It is not my intention to be an ethnographer, but by observing art as an artist I can depict the visual history of domination, subordination, and cultural erasure of one population upon another and their resulting resistance to those actions.” 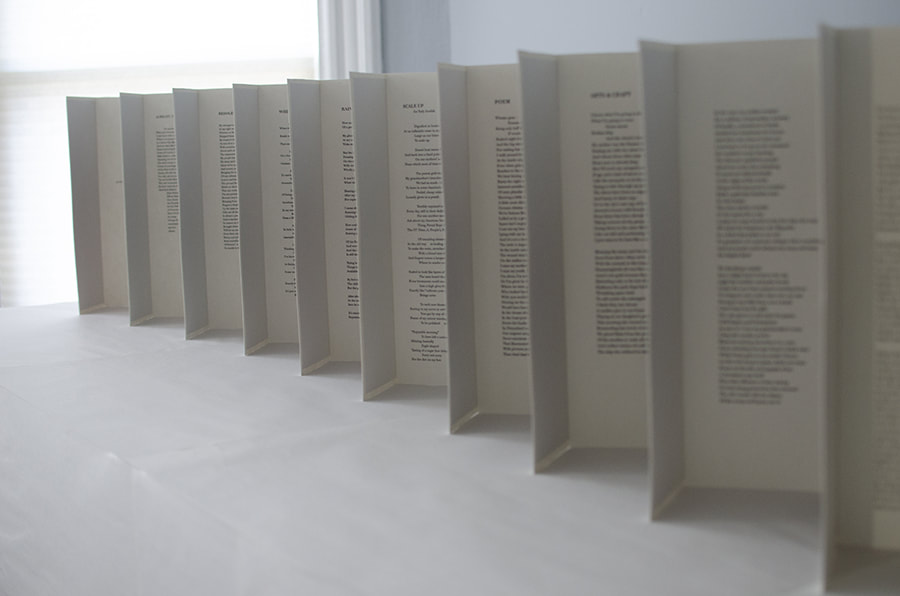 The poems in Redolent explore aspects of Matuk’s biography—he was preemptively kidnapped by his mother from Peru and taken to the United States as his mother fled both an abusive an relationship and a patriarchal state whose police fail to recognize women and femme bodies as subjects. A queer writer of mixed Syrian and Peruvian heritage who has lived in the U.S. variously as an undocumented person, a “legal” resident, and finally as a “naturalized” citizen, Matuk’s engagement with Friedemann-Sánchez’s images extends his practice at “the double edge of body and breath,” as Alice Notley named the possibility of language’s entanglement with near and far, present and past, self and other, while remaining firmly grounded in one’s accountable position in structures of power. Matuk writes, “Decidedly decolonial and feminist, dedicated to what can be, Nancy’s works nonetheless guide me to begin with what some of us have been and still are. The materials need not be our friends; they’re free to intend our plunder back into us by the ply, and if there’s relief, it comes from not standing apart.” ​ 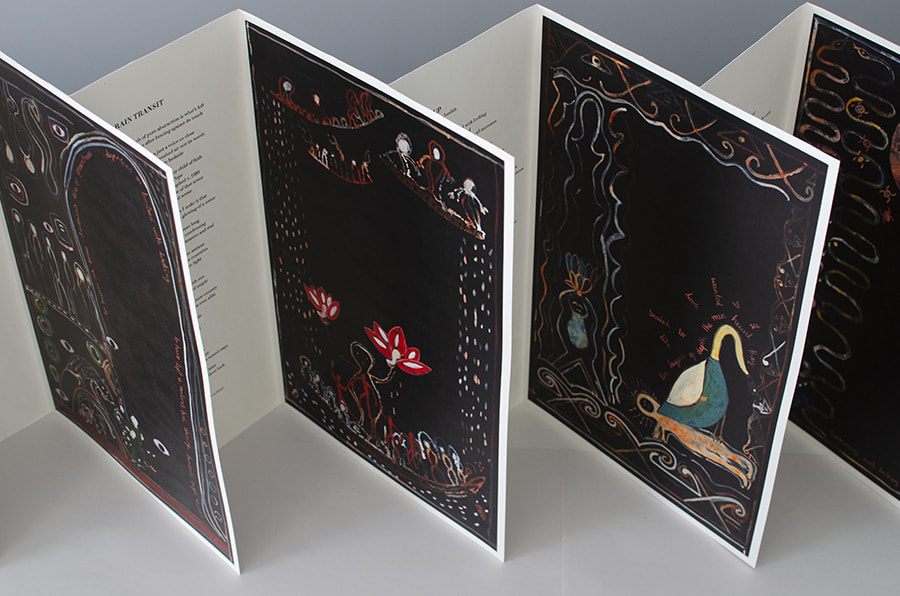 ​Nancy Friedmann-Sánchez is a Colombo-American artist with an interdisciplinary practice. She grew up in Colombia as the child of a Colombian and a United States citizen and migrated to the US as an adult. She is creating an intersectional feminist visual novel that is a multifaceted project comprised of paintings, sculptures, objects, and mixed media that together—and in different voices—weave a synchronicity of dialogues, passages, and punctuations about hybridity and cultural ownership. She is in the Elisabeth Sackler Feminist Art Base at the Brooklyn Museum; she participated at the 20 Congreso Internacional: La Experiencia Intelectual de las Mujeres en el Siglo XXI in 2012 in Mexico City. Shows include Utah Museum of Contemporary Art, The Nerman Museum of Art, Miami Museum of Contemporary Art, Blue Star Contemporary, The Bemis Center for Contemporary Art, La Bienal de Cuenca, Ecuador, The Sheldon Museum of Art, The Joslyn Art Museum, The Portland Museum; El Museo del Barrio and Bronx Museum of the Arts. Friedemann-Sánchez’s awards include the Doctorow Prize in Painting, a Nebraska Arts Council Grant, a Smithsonian Artist Fellowship; a Puffin grant; a Pollock Krasner grant; a NALAC grant. Friedemann-Sánchez has been a resident at Art OMI, Fountainhead, Tamarind Institute, Yaddo, Gasworks, Bemis Center for Contemporary arts and Bronx Museum for the Arts. Her work is collected by Karen and Robert Duncan, Jose Mugrabi, The Sheldon Museum, El Museo del Barrio, The Cleveland Museum, The Museum University of New Mexico, El Museo de Arte Contemporáneo de Panamá, El Museo de Arte Moderno, Cali Colombia and has been reviewed in publications including Hyperallergic, Terremoto, El Nuevo Herald, The New York Times, Artforum, The Paris Review, Time Out, Art Paper, and Art Nexus.

A queer writer of mixed Syrian and Peruvian heritage, Farid Matuk has lived in the U.S. since the age of six as an undocumented person, a “legal” resident, and a naturalized citizen. He is the author of the poetry collections This Isa Nice Neighborhood (Letter Machine) and The Real Horse (University of Arizona Press), and of several chapbooks including My Daughter La Chola (Ahsahta). His work has been anthologized in The Best American Experimental Poetry and in Angels of the Americlypse: An Anthology of New Latin@ Writing, among others. Matuk's poems and translations from Spanish appear in journals such as The Baffler, The Nation, The Boston Review, Denver Quarterly, Poetry, Bomb Magazine, and Lana Turner Journal. His essays and interviews can be found in Scubadivers and Chrysanthemums: Essays on the Poetry of Araki Yasusada, The Force of What's Possible: Writers on Accessibility and the Avant-Garde, The Racial Imaginary: Writers on Race in the Life of the Mind, The Boston Review, Entropy, BOMB, and Cross-Cultural Poetics. His work has been supported, most recently, by residencies and grants from The Headlands Center for the Arts and The Lannan Foundation and a Visiting Holloway Professorship in Poetry & Poetics at UC Berkeley. 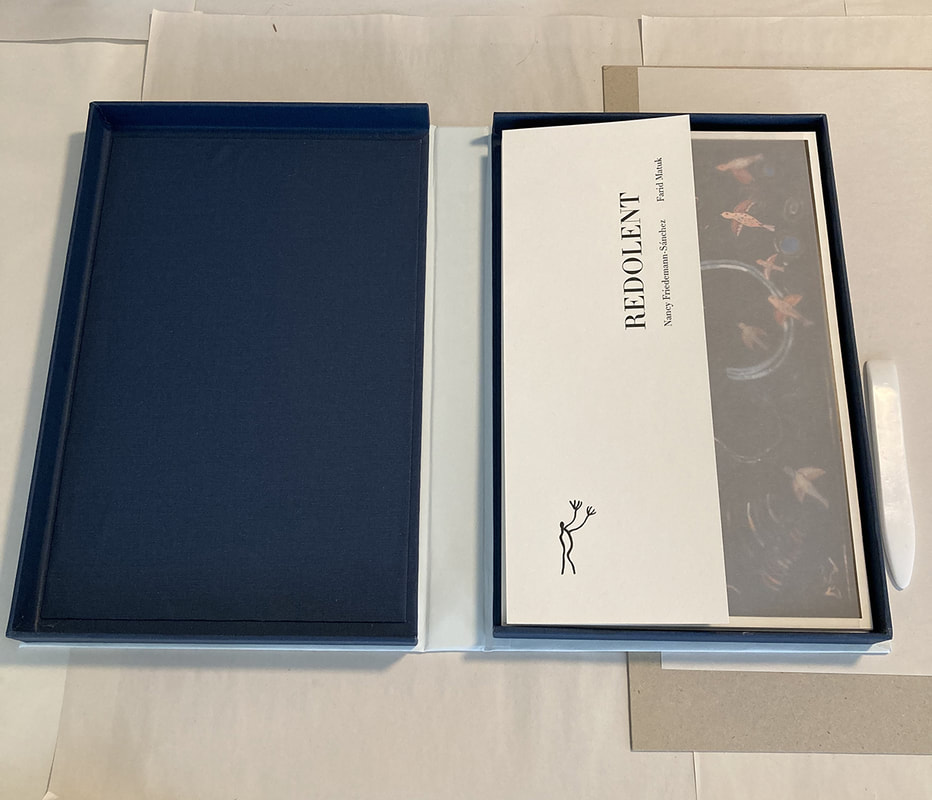